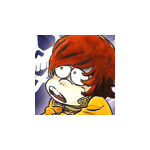 Greetings hero, and welcome to Might and Magic Wiki!

Thank you for your edit to the If you have lore questions, don't hesitate to ask page, and we hope you contribute more.

In order to help you, we'll provide you with these links you might want to find useful:

If you need some additional help, say it on my talk page.

Hello. I just wanted to give you a more personal welcoming message than the automated one further up the page. I'm Narve, one of the admins and most active editors here. Welcome to the wiki.

I want to thank you for the edits to the Ivan and Lord Kilburn pages. It's great that someone who's as knowledgeable as you about the games, and who actually works on the series, is willing to contribute here.

I also want you to know that I loved the "Legends of the Ancients" mod. It was a great continuation of the original Might and Magic mythos. But I can completely understand choosing to actually work on the official games instead.Narve (talk) 15:52, July 11, 2015 (UTC)

Thanks! Actually it wasn't my plan to stop working on Legends of the Ancients. At first I thought I'd be able to work on both, but I underestimated the time and energy required to work on an actual game. At least I was able to publish the texts of the unfinished "books" for people who want to know the end of the story ;) Marzhin93 (talk) 17:58, July 11, 2015 (UTC)

I wasn't sure whether to ask this at the forum, or here, but I was hoping you could enlighten us about something:

Sure, no problem, I'm happy to answer all your questions :)

Thank you. It's great that we don't have to speculate about these things, but can actually get answers from someone who knows it.

This could be a bit of a strange question, but since you're here: A user asked about using one of Ubisoft's images in a youtube playthrough here (he mistook it for a user created one). Do you happen to know what Ubisoft's policy is on that? I wouldn't be surprised if it was OK, but I wanted to ask you.Narve (talk) 17:00, August 26, 2015 (UTC)

Hey, I managed to make the final version of the building template in my infobox. I would like you (and others) opinion on the current version. Thing is, the way the buildings are presented can feel a bit overwhelming (when one has to scroll down through the templates over and over). This is just a version to make them more organized and aligned horizontally, rather than vertically.

Terry Ray did not take part to the writing of The Gathering Storm, but it seems they are supposed to be one and the same. It's not necessarily contradictory. Dogwoggle doesn't have a great reputation in Iranese (for reasons that will be made evident in the course of Every Dog Had His Day), so it would make sense for him to go seek glory on another continent at some point :) Marzhin93 (talk) 11:28, September 13, 2015 (UTC)

Hi, it is written on your Userpage, that you contribute to the MMX Legacy as a writer and that you are willing to give us a hand :). I just revisited MMX for lore books and found one about house of Falcon, describing first 11 emperors of HFE (Dynasties of Light). But there is one big mess... First, the oficial Ubi page states, that Brian Falcon was a great-grandson of Ronan the Great, but in book he is his son. This is probably retconn, quite logical one, I can live with that :) But then there is a part about Connor I the Graceful:

"Connor the Graceful was crowned in YSD 119. He married Tatiana of house Griffin in YSD 123. They had five golden haired girls and a dark haired boy, Laegaire. The girls were married to five Duchies of the Holy Falcon Empire, the boy was married to the sixth Duchy, Ingrid of Wolf in YSD 147. He remarried Vesta of Griffin in YSD 160 three years after the death of Tatiana. She bore the empire two fiery haired daughters. As a widow, Vesta would retire from public life and found the religious order of the Vestals. Ronan II's reign lasted sixty years."

We know from H6 that Vesta's hubby was in fact Ronan II. This is even implied in the text above (Ronan II's (sic) reign lasted sixty years.). Is this some copy-paste error when you switched the text from Ronan to Connor (and thus retconned the fact)? Or what? Acording to the book Ronan's reign lasted for 21 years and Connor's for 55 years. So who's Vesta's husband? Ronan II or Connor? And btw Connor married to Tatiana in the age of 12 (which is not so uncommon in medieval history but still...). Or do we just discard the whole book as an unreliable?

Thanks for your opinion :) Looking forward to H7.

Hey Marzhin, as I am updating the skill pages, do you know of where one can find the icons to upload them here?

Retrieved from "https://mightandmagic.fandom.com/wiki/User_talk:Marzhin93?oldid=82910"
Community content is available under CC-BY-SA unless otherwise noted.