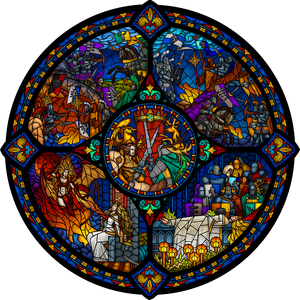 The Ten Years War is the war for the imperial throne of the Holy Falcon Empire in Ashan. Empress Maeve has been murdered and all the duchies of the Empire take part otherwise resign the title.

As the consequence of this war, Holy Falcon Empire has changed into the Holy Griffin Empire. At the same time, Griffin Duchy moved to the Imperial Province area and its former area was given to Andras Raven to create Raven Duchy for his help to Ivan in the war.

Main participants of the war Edit

Retrieved from "https://mightandmagic.fandom.com/wiki/Ten_Year_War?oldid=152146"
Community content is available under CC-BY-SA unless otherwise noted.