This article is about the faction from Heroes III. For other factions of the same name, see Stronghold.

Krewlod
The Stronghold is one of the eight original playable factions from Heroes of Might and Magic III. A town of semi-civilized warrior tribes with a distaste for magic and a strong emphasis on the physical aspect of combat, the Stronghold is the spiritual successor of the Barbarian castle from Heroes I and Heroes II.

Despite sharing some creatures (Goblins, Orcs, Ogres and Cyclopses) and some heroes (Yog, Crag Hack) with its predecessor, Stronghold's direct connection with the Barbarian castle ends here, as Heroes III is set on Antagarich, and not on Enroth, as the previous games.

The Stronghold's official alignment is Neutral (but it leans more towards Evil, based on storyline). 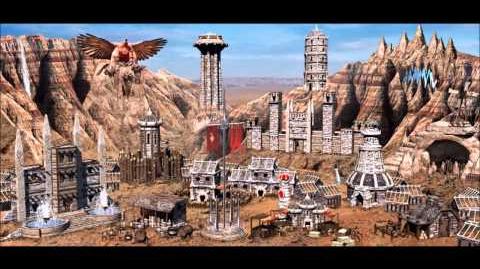