For other uses, see Pyromancer.

"There is nowhere to hide, when the Pyromancer comes looking."

The Pyromancer is the Blood magic hero class of the Inferno faction in Might & Magic: Heroes VI. Its faction ability is Gating.

The Warlock can be promoted to a Pyromancer when having 250 Blood points. The Pyromancer's Tears counterpart is the Demonist.

Warlocks seduced by the promises of Ur-Khrag, the Demon Overlord of Destruction, become so attuned to His will, that they can channel the powers of fire and chaos directly onto the battlefield. The spells of the Pyromancer are so devastating that demons under their command often charge impulsively simply to be sure of being part of the combat before it is quickly finished by the powers of their master.OffBck

Along with the Warlock's abilities, the Pyromancer has the following abilities. 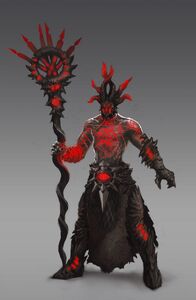 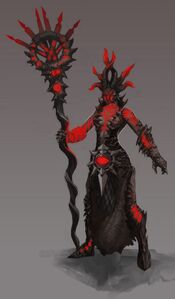 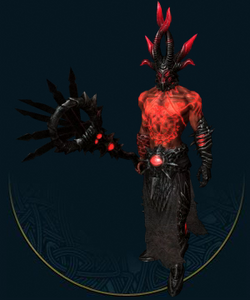 Ditto
Add a photo to this gallery
Retrieved from "https://mightandmagic.fandom.com/wiki/Pyromancer_(H6)?oldid=144478"
Community content is available under CC-BY-SA unless otherwise noted.