For other uses, see necromancer.

Necromancer is an offensive magic class of the Necropolis faction in Might & Magic: Heroes VII.

The Wizards of House Eterna are powerful spellcasters, using Dark, Prime and Water Magic to terrify, hurt, slow or freeze their enemies, before raising their corpses to reinforce their own troops. Aside from their magical abilities, tough, they are also skilled commanders on the battlefield, capable of dealing a fair amount of damage using offensive abilities and the power of their warfare units.OffBck 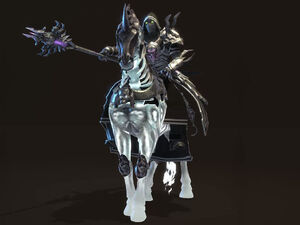 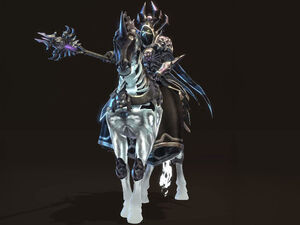 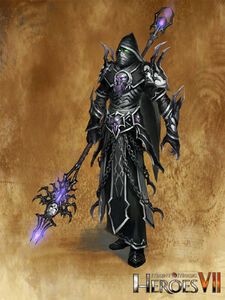 Artwork of the male necromancer 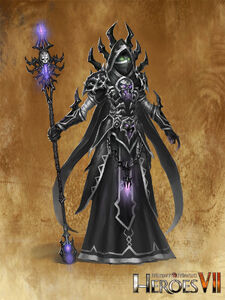 Artwork of the female necromancer
Community content is available under CC-BY-SA unless otherwise noted.
Advertisement