For other uses, see Necromancer.

"Asha uses all. And I am Her emissary."

The Necromancer is the Neutral magic hero class of the Necropolis faction in Might & Magic: Heroes VI. Its faction ability is Necromancy.

The Necromancers began as a religious splinter sect of the Wizards of the Seven Cities who had developed a mystical sensitivity to the death aspect of the Dragon Goddess of Order, Asha. They have developed their own branch of Primordial magic, which they call Necromancy, that focuses on the erosion of the body and domination of the spirit. They believe that the pursuit of magical knowledge without reverence to the Dragon Goddess will lead to the ultimate destruction of Ashan.OffBck 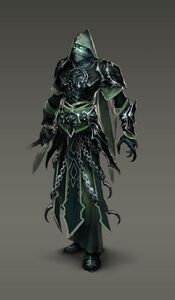 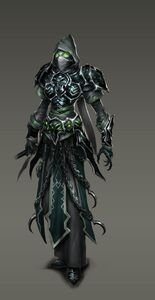 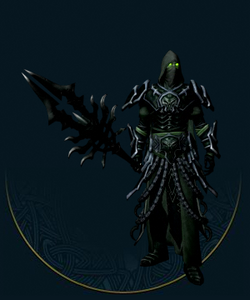 Ditto
Add a photo to this gallery
Retrieved from "https://mightandmagic.fandom.com/wiki/Necromancer_(H6)?oldid=144588"
Community content is available under CC-BY-SA unless otherwise noted.