The monolith is an adventure map structure appearing in every Heroes of Might and Magic game except Heroes I. Going into a monolith will take the hero to another monolith. There are two kinds of monoliths: one-way and two-way.

In Heroes III two-way monoliths appear as stone doorways with stone wings on top of them. They always have some form of magical visual effect in the middle of the doorway. The Armageddon's Blade expansion added some new models for two-way monoliths.

In Heroes IV two-way monoliths look like stone humanoid heads with horns and glowing eyes. The mouth part acts as the portal and has a glowing magical visual effect in it.

Two different structures make up the one-way monolith: the entrance and the exit. Entering a one-way entrance will take the hero to an exit matching the entrance's color. Like the two-way monolith, when there is more than one exit, the hero will be taken to a random one, except in Heroes IV, where they are allowed to choose. 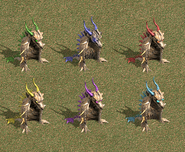 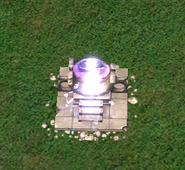 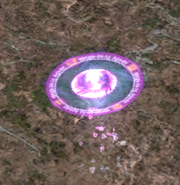 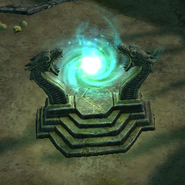 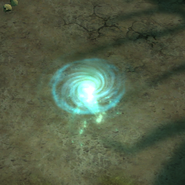 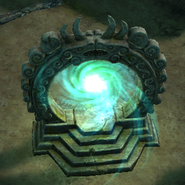