Heroes of Might and Magic II: The Price of Loyalty

The intro cinematic depicts the party in a battle, presumably in Sweet Water, trying to fend off the Kreegans. Suddenly, a red dragon lands before them, and king of the Kreegans, Lord Xenofex, approaches. The party jumps into a well, falling down, landing on some branches sticking out of the wall. They climb a little bit back up and enter a secret passage, where they are met by the magician Falagar, who trains the party and instructs them how to do things. Falagar takes the party to the small town of New Sorpigal, where the game starts.

The storyline follows the formula common to the Might and Magic RPGs: The party must unite several opposing factions in order to achieve a common goal, and the visual field is in first person. On the way they must travel around fighting monsters, fulfilling quests, and solving puzzles. Details specific to The Mandate of Heaven are available in the following links:

Enemies are anyone hostile to the party, human or monster. If they attack the party on sight, they will be in this category.

Hirelings are people that can be paid to perform some ongoing service for the party, however they do not fight. The game allows up to two hirelings to be employed at a time.

Not including magical means, travel around Enroth is by foot, coach, or ship. Coach or ship travel is only possible between certain locations at specific times.

The game uses an all new graphics engine introduced in 1998 in full 3D, differing from the previous installment's graphics. This engine (with a few modifications), using sprites and particles, was used in both successors, Might and Magic VII: For Blood and Honor in 1999 and Might and Magic VIII: Day of the Destroyer in 2000. The new engine allows terrain with variable height, as well as free movement, no longer restricted by discrete squares or the four cardinal directions. Taking advantage of the free movement, various new spells have been introduced, one of them allowing the party to fly. In addition, the developers introduced a new real-time battle mode, although the old turn-based mode can still be turned on by pausing the game.

Non-human playable races were removed. Out of the ten character classes from the previous games, only six remained – Knight, Paladin, Archer, Cleric, Sorcerer, and Druid. The party size was reduced to four.

A new skill system was also introduced. Unlike the previous games, skills now had a level, which could be increased by spending skill points. Skills include using various types of weapons, armor, and magic.

On release, Might and Magic VI included about a dozen noteworthy bugs, two of which were potentially game-stopping (under somewhat unusual circumstances). Some of the bugs were exploitable (for example, gaining unlimited experience from the Hall of the Fire Lord in Bootleg Bay or unlimited gold from the obelisk treasure chest. v1.1 fixed most of the exploitable bugs and all of the game-stopping ones, but introduced a few others; most of these were fixed in v1.2.

Some bugs remained after official patch releases were halted, upon which community members released unofficial patches. Mok's and Angel's patches appeared first; later Greyface released an unofficial patch for the game. The latest Greyface patch includes the previous Mok and Angel patches, and solutions to various bugs as well as new features like playing mp3 music, quick save, and mapping of controls.[1] 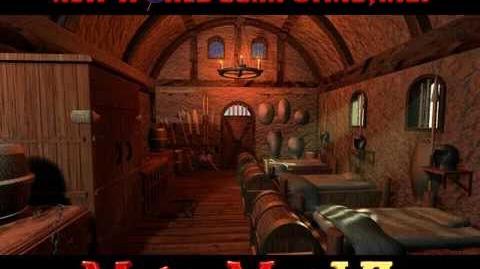