Received positively in comparison to fellow RPGs on release for its large-scale game world and non-linear freedom of exploration, Might and Magic was ported to numerous platforms based on its popularity, remade for the Nintendo Entertainment System, and later re-released with special editions of Might and Magic VI: The Mandate of Heaven.

The premise of the game involves six adventurers embarking on a quest to locate the Inner Sanctum of the land of Varn, ending the reign of Sheltem, a tyrannical usurper, in the process. Its direct sequel is Might and Magic II: Gates to Another World.

Gameplay begins by creating or choosing six characters to enter the world of VARN. Creating a character begins with the game rolling random numbers between 3 and 18 for each of the seven stats of the game, determining the classes that the character may become. The stats are:

Once these attributes are decided, the player may choose for the character any one of six classes for which the character may qualify. Characters must have at least 12 points in the main attributes of a class in order to become that class. The classes are:

The story of the first game concerns the adventures of a group of warriors who hail from the town of Sorpigal. The game consists of their traveling across VARN, trying to find out the source of all the chaos that has enveloped the land, eventually discovering that the apparent leader of the chaos is the king of Castle Alamar.

They manage to confront King Alamar, but discover it was a fake. In doing so, they discover the location of the real king, who gives them the ability to travel to the Astral Plane, where they overcome the traps of Sheltem, whom they rob of power to afflict VARN with his evil, though he manages to escape to the world of CRON.

The game setting is set in VARN (a biosphere on a spacecraft, the acronym stands for Vehicular Astropod Research Nacelle)

Might and Magic premiered to positive critical reception, with Compute! magazine praising its vast content and non-linear nature, while criticizing its lack of animated graphics.[1] Dungeons & Dragons source material magazine Dragon lauded its scope in an initial review, remarking that it is "one of the top five games ever produced for a computer,"[2] and later awarding its Apple II incarnation 5 stars out of 5 (with the IBM, Macintosh II, Macintosh Plus and Sega Genesis ports receiving 5, 4½, 3½ and 5 stars respectively).[3][4][5][6]

Computer Gaming World appreciated its expansiveness, though remarked on the contrast of early-game difficulty between ports (with initial versions equipping new party members with just clubs),[7] later inducting it into the CGW Hall of Fame along with its 1996 descendant, Heroes of Might and Magic II.[8] Gamasutra editor Matt Barton included the game and its legacy in his Golden Age column when documenting the history of CRPGs, praising the immense scope of its world and its pioneering involvement of player characters' race, gender and alignment into the gameplay.[9] Good Old Games' Might and Magic 6-Pack, which includes Might and Magic, currently holds a 4½ out of 5 star rating based on over 1000 customer votes.[10] 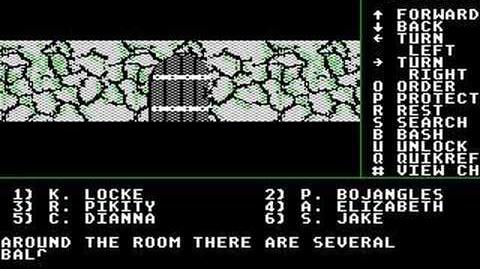