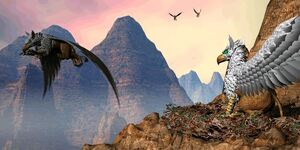 Our landing has confirmed both our rumors and fears. With the death of my father, Erathia's lands are being greedily divided by her neighbors.OffBck

Long Live the Queen is the first campaign in Heroes of Might and Magic III and includes 3 scenarios. The scenarios in the campaign are:

Queen Catherine Ironfist is trying to win back Erathia and tries to built a stronger kingdom with help of Erathia's allies, the angels and griffins.

Retrieved from "https://mightandmagic.fandom.com/wiki/Long_Live_the_Queen?oldid=135478"
Community content is available under CC-BY-SA unless otherwise noted.