For other uses of the term, see knight.

"To be a Knight is to be the Heart and Sword of the Holy Falcon Empire!"

The Knight is the Neutral might hero class of the Haven faction in Might & Magic: Heroes VI. Its faction ability is Guardian Angel.

Having sworn a solemn oath to uphold the principles of Elrath, the Dragon God of Light, and to defend the realm from all enemies, the Knight is honoured by the people and respected by all. Whether fighting with sword or lance, Knights’ banners are their most feared weapon, for they can rally an army of earnest followers willing to be led through the very fires of Sheogh.OffBck 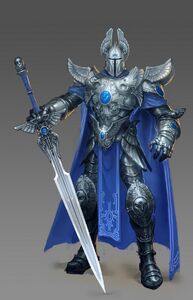 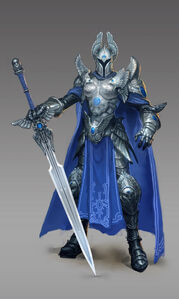 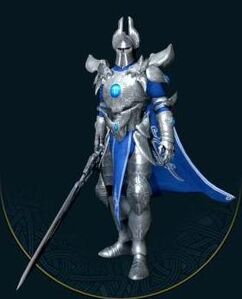 Ditto
Add a photo to this gallery
Retrieved from "https://mightandmagic.fandom.com/wiki/Knight_(H6)?oldid=148758"
Community content is available under CC-BY-SA unless otherwise noted.