Kingdoms of Might and Magic was an unannounced game under development by the now-defunct Wolfpack Studios and commissioned by Ubisoft Entertainment. Undergoing work at some point between 2005-2007, the game was discontinued, and was never officially unveiled. Despite its nomenclature, it is not obviously connected to Might and Magic: Heroes Kingdoms.

Ranjeet Singhal, a 3D artist formerly employed by Wolfpack Studios, includes brief details on the game in his personal portfolio, which contains two renders of a Death Knight and a Heroes of Might and Magic V-style "Magic Warrior".[1] According to his resume, he worked as the game's "Lead Art Tech".[2]

The online portfolio of Robert D. Brown, a former Wolfpack artist, contains 2D maps strongly similar in style to the Beta Ashan map, suggesting he created the map for use in the Kingdoms project.[3] Ubisoft's Might and Magic community developer, Noémie Verpeaux, explained that the Beta Ashan map was developed for use in an unannounced Might and Magic project. It seems apparent that Kingdoms was the project in question.[4]

Wolfpack Studios created only one project during its existence, the MMORPG Shadowbane, which suggests that Kingdoms may have been a planned MMORPG set in the Might and Magic universe. 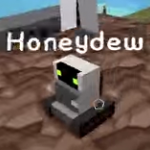