Jorgen, a loyal servant of the Griffin household, is a man who is versed in the lore of many disciplines, including, but not limited to, medicine, mysticism, politics, history, and cartography.
Being of modest nature, it is difficult to ascertain under whose tutelage he received such as broad education, but it is known that Jorgen travelled widely in the past, and probably enjoyed the company of some of the finest minds of Ashan during his wanderlust.
Currently, his official role is that of a spiritual counsellor to Duke Slava and his family, and he has spent much of the last few years focused on Slava’s son, Anton, who has had a troubled youth afflicted by inner voices and visions.
Jorgen’s counsel in other matter is valued just as highly.

Jorgen is a Faceless who spent time among the humans of the Holy Falcon Empire. Being Slava's councillor, he was a wise and calm politician. However, his activities and agenda were concealed, as he is actually a Faceless in service to Malassa. When Anton discovered he was a faceless, Jorgen fled, but was captured by Salvatore, the high inquisitor, tortured and nearly killed. Fortunately, Anastasya rescued him from the prison of radiant glories and also discovered he was a Faceless. However, she needed help in finding Slava's true assailant, so Jorgen gave her advice, touching her memory and allowing her to travel within her mind. Once she woke up, Jorgen disappeared, only later reappearing to make an alliance with Raelag, helping him establish the foundation of the city Ygg-Chall.

Eventually, Jorgen fled to the Holy Falcon Empire once again, specifically to Duke Vassily of the Griffin, due to the fact the Soulscar Clan was dealing with demon allies, forcing any remaining Faceless to flee. Since Vassily and his eldest son, Fedor, were killed in a suspicious accident, Jorgen instead allied with the late Duke's youngest son, Ivan, and became his spy master, his friend and a leading member of the Shadow Council.[1]

Jorgen is a Cleric.

Jorgen is a Trickster. 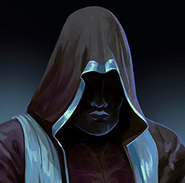 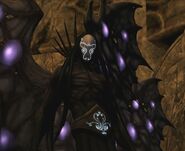 Retrieved from "https://mightandmagic.fandom.com/wiki/Jorgen?oldid=149051"
Community content is available under CC-BY-SA unless otherwise noted.