This article is about the faction from Heroes III. For other factions of the same name, see Inferno.

Eeofol
Nighon
The Fiery Moon
Inferno is a faction of demonic creatures that appears in Heroes of Might and Magic III. Unlike most of the factions in the game, it is not similar to any faction in Heroes II.

*Creature growth is further increased by 1 for every externally flagged dwelling matching the creature type. 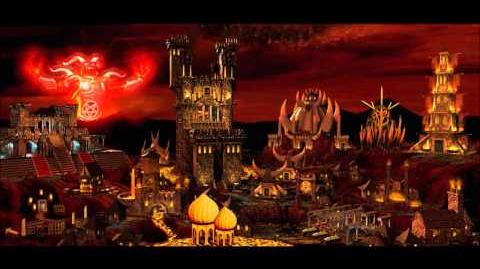