For other uses, see hunter.

The Hunter is an orc character class in Might & Magic X: Legacy.

Hunters are well-known for their fierceness, their resistance and their endurance. And hell, they know how to handle that spear!

The class that will never go hungry ...

Instead of other Orcs, the Hunter’s diet is actually based heavily on the principle of “you caught it, you cook it”. Hunting provides the bulk of their diet. Orc Hunters, as all other Orcs, are also fierce warriors, capable of surviving on their own in the wild for weeks, or even years.

The Advanced Class of the Hunter.

When Orc Hunters start bringing back more than just meat from their hunting trips, trifles such as jewels, gold, swords and captives, they are given a new title that honors their new status. They are called Marauders, and the best amongst them become heroes of legend, because of the spectacular stories they are able to tell upon their return.

Marauders are nifty trappers. They can place a crippling trap on the party’s current tile that deals a substantial amount of damage to all monsters who enter that tile. 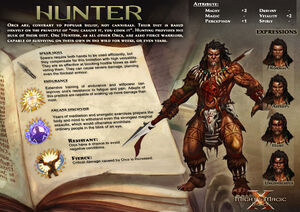 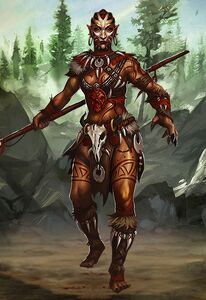 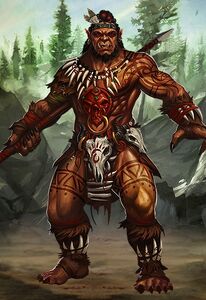 Hunter class male
Add a photo to this gallery
Retrieved from "https://mightandmagic.fandom.com/wiki/Hunter_(MM10)?oldid=135408"
Community content is available under CC-BY-SA unless otherwise noted.