In 1996, NWC released an updated version of the game, ported to Windows 95. This new version included a map editor, random map generator, CD audio, and new scenarios. As a bonus, King's Bounty was also included on the CD.

Heroes of Might and Magic tells the story of Lord Morglin Ironfist, who is forced to flee his homeland through a magical portal, because his cousin, Ragnar, had usurped the throne after his uncle, Ragnar's father, killed Ironfist's father, the legitimate owner of the throne.

He finds himself along with his few followers in a strange and uncharted land, called Enroth. The land is unruled but contested by Ironfist and three other warlords: the barbarian Lord Slayer, the sorceress Queen Lamanda, and the warlock Lord Alamar.

Lord Ironfist defeats his three opponents and founds a new kingdom in Enroth. (In the campaigns, the player can also lead the other lords to victory, but the ending seeing Ironfist victorious is the only one that fits with the storyline of the rest of the Heroes series.)

Heroes of Might and Magic takes place in a medieval fantasy world, filled with creatures frequently associated with myth and legend. These creatures make up the military forces (troops) with which the player attempts to conquer opponents. The player leads generals through the game world at the head of armies of troops. These generals, called "heroes," provide a means to explore, attack, defeat, and acquire, the four basic principles in the game.

The ultimate goal of the game is usually to capture all enemy castles and defeat all enemy heroes. However, the game comes with many different play scenarios, and some of these scenarios have unique victory conditions, such as accumulating a certain amount of gold, or finding a particular artifact.

There are four different classes of heroes and castles, each with their own units and strengths/weaknesses.

There is also a neutral, "wandering" class of troops, including Rogues, Nomads, Ghosts (the only creature that can not be under player's command) and Genie.

GameSpot rated the game's production values as somewhat below par, and regarded the story as being thin. Nonetheless, the game was complimented for its gameplay, and received a 7.5 out of 10 overall.

Type 101495 (not on numerical keyboard) for revelation of map. 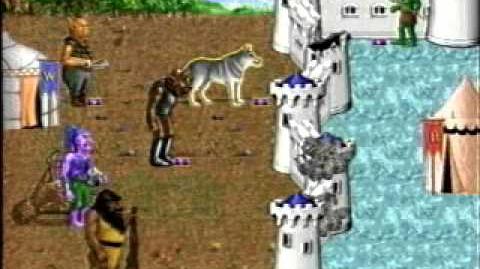 Heroes of Might and Magic A Strategic Quest Official Trailer (1995, New World Computing) 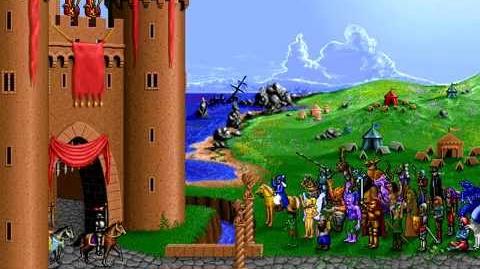