Dragon Rage is a PlayStation 2 game by 3DO. The player controls an escaped dragon named Cael Cyndar in a mission to save the dragon race from extinction by the orcs. Cael's guide is Adara the Sprite. The dragon's attacks include ramming, biting, grabbing & dropping, and breathing fire. Whenever Cael eats orcs, he gains Mana points. Eating farm animals replenishes Health. When Cael releases captured sprites, they give information or teach Cael about his magical powers.

The future of Xeen hangs precariously in the balance, the fate of the land resting solely on Orcs and the broken backs of their enslaved creatures. For over 1000 years, Dragons, Sprites and other magical races have been captured by the Orcs to either be put to work…or put to death. The Orcs seek the most precious resource in the land, Zeenium, a magic element that gives Dragons the powers of fire and magic. It can only be harvested in two ways: Dragon Eggs, or worse yet, the slaughter of a Dragon itself.

One such Dragon was condemned to Desmurian Ty, a slaughterhouse dedicated to the processing of Zeenium. Chained and hopeless, Cael Cyndar faced his imminent demise. But at the last moment, in a sudden flash of power and fire, Cael was able to break his chains! Within mere moments, he laid waste to the Orcs' horrible legacy. This was only the beginning.

Now with his newfound elemental power, Cael Cyndar seeks revenge against the Orc bureaucracy and freedom for his Dragon brethren. It won't be easy. The Orcs' unopposed power has spread far and wide, their armies growing stronger day-by-day. They have hunted Dragon-kind to near extinction, and the lands grow more and more barren with the Orcs' malicious harvesting of its resources. Then there is Galtran Etruk, the powerful Orc Wizard and leader whose true loyalties are unknown.

The time has come. Revenge is at hand…

Dragon Rage is a dragon shooter game, where Cael flies around breathing fire, ice, lightning, and giant rock boulders. If Cael eats 5 cows, he can earn a fury attack. The first level trains Cael and the player to use dragon powers. Other levels include rescuing dragon eggs and sprites, destroying fortresses, passing through magical gates, and stopping orcs. The controls are simple and include barrel rolls, picking up rocks, and activating other dragon powers. Also, be aware of the Game Over scenarios, they are quite morbid. 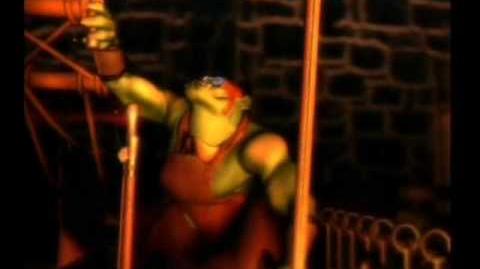