Shades of Darkness
Danse Macabre is the second adventure pack (DLC) for Might & Magic: Heroes VI.

Sandro has been accused by the Necromancers being guilty of treason against Belketh and Spider Cult. However, with an unexpected help from Lucretia, he goes to accomplish his plans... and avoid judgement.

"Years before the events of Heroes VI, the Wizard Sandro was expelled from the ranks of the Spider Cult and banished from the Seven Cities, his staff of power confiscated. For decades, his fate remained a mystery. In the aftermath of Heroes VI, the Great Lich returns with a vengeance.
To accomplish his nefarious scheme, Sandro must first find the Staff of the Netherworld, an ancient artifact currently held in the private collection of Duke Ovidio of the Bull. Then Sandro will have to unseal the mysteries surrounding a powerful artifact, the Ring of the Unrepentant…
Sandro is a legendary Villain, a power-hungry Lich pursuing his own goal using Machiavellian schemes and stratagems.
Control the destiny of Sandro as he defies men and Dragon Gods, setting carefully planned events into motion that will change Ashan forever." 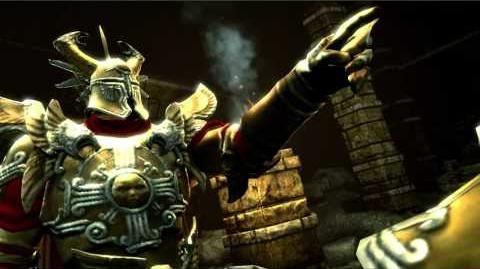